As we become increasingly concerned about the limited supply of natural resources left on earth, renewable energy has become a big topic in recent years. From what we should be doing to preserve the resources we have left to how we can utilise alternative sources, it seems as though everyone has an opinion on the matter.

What is renewable energy?

Renewable energy is energy which has been generated from natural resources such as sunlight, wind, rain, the tide and geothermal heat. Because they are naturally replenished it means that they won’t run out unlike traditional sources such as oil and coal.

Renewable energy is being used in increasingly important areas such as transportation, rural energy services, the heating and cooling of air and water as well as electricity generation. As demand for energy continues to increase, natural resources are being diminished and we are therefore going to rely more heavily on renewable energy sources in the future.

What are the sources of renewable energy?

Fortunately, scientists have discovered several different sources of this type of energy. They include:

Solar – this is when energy from the sunlight is captured by solar panels and converted into electricity. The advantages of solar energy are that it provides a potentially infinite supply of energy and house can generate their own energy supply and therefore aren’t dependent on more traditional sources such as oil and gas.

Wind – wind turbines are increasingly being used to turn energy from the wind into electricity. Although some people are opposed to them because they feel they ruin the views of the countryside, they also provide potentially infinite sources of energy and could therefore be a crucial part of the future.

whilst most of us have heard of wind and solar energy, few people are aware that we can also generate energy through tides. This is done by building a tidal barrage across estuaries and it’s thought that in the future it may also be possible to use them out at sea.

They work by forcing water through gaps and this movement is then used to power turbines. Tidal energy is ideal for islands such as the UK and has the potential to generate a lot of energy. Another huge benefit is that tidal barrages can double up as a bridge and help to prevent flooding which is a problem that the UK is increasingly being faced with.

Biomass – biomass is decaying plant or animal waste which is burned to provide energy such as heat or electricity. An example of biomass energy is oilseed rape which is often seen in fields across the UK during the summer. This plant produces oil which after treatment with chemicals can be used as a fuel in diesel engines.

Wood – wood is a more controversial source of natural energy because if trees aren’t replanted then it’s actually a non-renewable resource that could also have disastrous consequences for the environment.

When obtained from felling trees however, wood can be burned to generate heat and light. Providing that trees are replaced, wood burning can be a cheap and sustainable source of readily available energy. 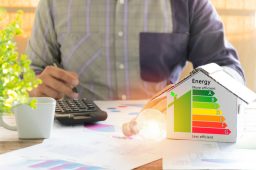 What are the benefits of going green for a business? 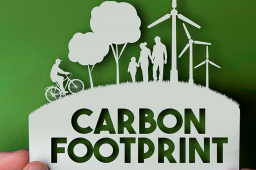 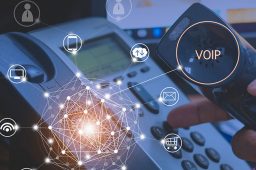 VoIP versus landline: which is better for your business?