Beautiful beaches, great weather, an abundance of shops and tax-free living are just a few of the perks which lure tens of thousands of expatriates to the United Arab Emirates every year.

If you’re thinking of making the move yourself, below is everything you need to know about living and working in the UAE.

It gets very hot

If you’re sick of the freezing cold British winters and traditionally rainy summers, you certainly won’t have to worry about this in the UAE. Do be aware however that their summers do get extremely hot, with temperatures commonly reaching 48˚C.

Although the heat makes it nearly impossible to step outside, these countries are well-equipped to cope with the scorching temperatures. Every building, including bus shelters are air conditioned and the weather during the rest of the year tends to hover around the 27˚ C mark which more than makes up for the searing summer heat.

You need to have a will

In order to work and even just live in the UAE, you have to have a will document. This is because UAE courts adhere to Sharia Law which means that if you die without having made a will, your estate will be distributed according to this law. Unfortunately, this means that you cannot guarantee that your family will be correctly looked after and provided for after your death. Professional, experienced companies like the Europe Emirates Group will be able to help and advise you about making a will.

One of the biggest draws to the UAE is that whether it’s on salary, groceries or imports, there are no taxes. Aside from being able to keep your entire salary, it makes cost of living a lot more affordable. Although this is an expensive part of the world, salaries match the cost of living which means that almost everyone lives very comfortably.

Unless you’re lucky enough to be a multi-millionaire, you will more than likely live in an apartment because property is expensive in the UAE. Don’t let this discourage you however because flats in these countries are typically new developments with spacious living areas and state-of-the-art amenities.

The weekend falls on a Friday and Saturday in the UAE which means the working week starts on a Sunday and ends on a Thursday. You can read this article from the BBC for further details – http://news.bbc.co.uk/1/hi/world/middle_east/4991068.stm

The downside to there being no income tax is that there’s no National Health Service either. This means that it’s important that you organise and pay for medical insurance so that you’re covered should you need treatment.

Dubai and Abu Dhabi are both incredibly popular medical destinations thanks to their medical centres which are dedicated to research and private care. Even though you have to pay for it, you can be rest assured that you’re in excellent hands.

Believe it or not, locals make up less than 20% of the population in the UAE. With such a huge expatriate community, this makes it a truly unique place which lends itself to a blend of cultures, customs and traditions.

Although Emiratis only make up a small portion of the population, they are extremely proud of their culture and heritage and it’s important to respect the local culture. They observe certain religious customs, such as taking time out of the day to pray and in most cases they abstain from alcohol. It’s important to keep these differences in mind so you don’t say anything that might be considered rude or offensive.

Although the UAE boasts a sophisticated infrastructure in most areas of society, there has never been a full post system. Because of this, residents don’t really have home addresses. If you’re having something delivered, you may have to direct your postman via nearby landmarks or areas on a map.

More information about moving to the UAE visit the following website: https://www.expatnetwork.com/living-and-working-in-united-arab-emirates/ 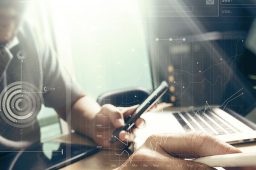 Is it time to outsource some of your business functions? 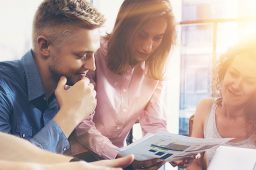 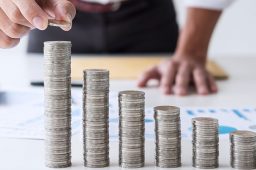